Consent as in tea, as in sex 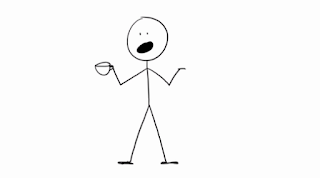 Today in an economics class we learned what the word consent means. By the face of it it is really not that hard a word - seven letters, two syllables -  yet, studying statistics, for some reason it appears to be quite difficult to learn?  We spotted it in our textbook and I was then reminded of a post I read on Facebook about the Thames Valley Police who recently launched the campaign "Consent is everything". As a part of that venture they have even released a short film which within a short while has received a lot of credit and tons of clicks on social media.

The point is, the film argues in a distinctly British style, you shouldn´t force other people to drink tea if they don´t want to. It requires their consent. The analogy to sex is made elegantly and ingeniously, spelled out with the force of a sledge hammar. Hopefully.

HERE is the link. You really want to see it.

Lägg till kommentar
Läs in mer...