For all it's worth 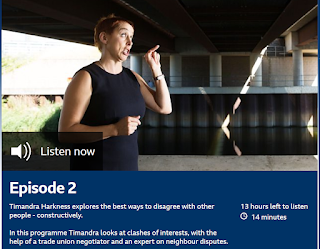 Tomorrow in an English 7 course we'll be spending some time on listening to two or three episodes from a BBC production about how to deal with disagreements. It is deliberate on my part that it is pure audio and no video, not the least since our students soon will have to encounter a course test of which listening comprehension will be a vital part. And the task of being confined to solely listening presents its own difficulties which of course should not be neglected.

I am not sure if the insights being offered in the program are in themselves anything unique. Still, the dialogues are significantly more rich on words than most video clips, given that some of the people on the show are scientists and as such employ a register beyond the mere basics.

I have of course prepared a battery of questions. Now we'll see how things proceed.

The first (which is episode two) is here. 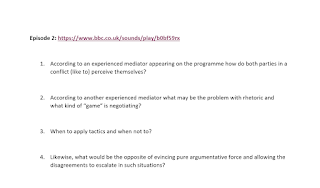 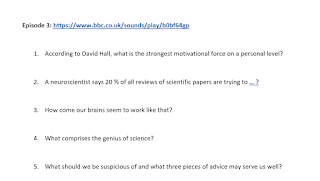 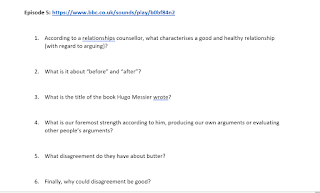 Lägg till kommentar
Läs in mer...